I get a lot of music for my consideration, more than 450 new releases so far this year. Almost all of them are notable for something, and I’d like to give them their due. So every week, I’ll do quick hits on the releases of the preceding seven days. it’s a great writing exercise, and a lot of fun, too. 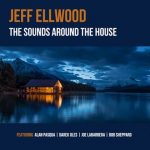 You never get a second chance to make a first impression, the old saying goes. So, when you’re planning your debut CD release, why not surround yourself with some highly accomplished A-listers? That’s what Jeff Ellwood did on “The Sounds Around the House,” and it pays off handsomely. Alan Pasqua’s poised and elegant pianism and the rhythm team of bassist Darek Oles and drummer Joe LaBarbera give the date a polished-brass sheen aided by close miking and velvety production. The leader has a tone not unlike Joshua Redman’s, with a piping brightness in the high register where he is most comfortable. When Ellwood goes low, he whispers, but he’s at his best at mid tempos, over which he can sail pretty melodies. Speaking of which, where has the title tune been all my life? Composed by Alec Wilder with a Johnny Mercer lyric, it’s an unironic hymn to the pleasures of being homebound, a perfect song for 2020.  In Ellwood’s reverent, pure-toned reading, it sounds like a minor masterpiece. 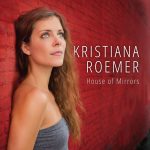 With its resonant acoustic, elegantly spare arrangements and ballad-heavy programming, Kristiana Roemer‘s “House of Mirrors” has all the earmarks of a ECM release. She even includes two songs in German. But no, this recording, her debut, is on Sunnyside, another European label with a knack for high-gloss releases by vocalists who should be better known. Like many of them, Roemer brings an understated, slow-burn style that owes much to contemporary art pop; you won’t find many jazz artists tap St. John of the Cross for lyrics as Roemer does on “Dark Night of the Soul.” Yet  after a program of seven originals that have the rapt, banked-fire innigkeit of lieder, she throws in two choices out of left field: Stanley Turrentine’s “Sugar,” sung in a floating 4 over an accompaniment in seven, and “Duke Ellington’s Sound of Love.” Not everything about them works (though Mingus’ Strayhornian melody lingers in the ear), but their inclusion is evidence of a real musical imagination at work. That extends to her choice of collaborators. Pianist Addison Frei, bassist Alex Claffy and Adam Arruda on drums play with extraordinary sensitivity and responsiveness., and the guest verses by Dayna Stephens’ glove leather tenor and guitarists Ben Monder and Gilad Hekselman are luxury casting of the highest order. Credit Roemer with choosing wisely on this self-produced session. She is an artist who knows what she wants. 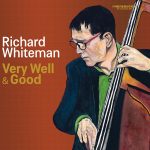 Richard Whiteman‘s “Very Well & Good” roars out of the gate in classic bop style with the title cut. It’s a contrafact on “Fine and Dandy,” an old-fashioned tune that no one really plays anymore, but this version is a burner, lifted by the élan with which everyone plays their assigned roles . For the leader, that role is supportive accompanist, and he is at his best when sitting in the rhythm section laying down well-trodden grooves for strong soloists such as tenor saxophonist Pat LaBarbera and old pro guitarist Reg Schwager. Whiteman probably had long experience with these players, but as a pianist on the Toronto scene. He has come to the bass relatively recently, and there are times on “Very Well & Good” when his musical reach pushes the boundaries of his technique. Still, when you’re a bass player in a setting as conventional as this one (two horns and rhythm), what’s wrong with being a supportive accompanist?