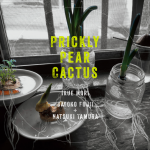 To celebrate her 60th birthday year in 2019, pianist Satoko Fujii released an album a month. With a work ethic like that, no mere global pandemic could keep her down. “Prickly Pear Cactus” (Libra Records) is presumably her final release of 2020, though with Fujii, you never know. It’s really more of a collective effort by the Kobe, Japan-based pianist, her husband Natsuke Tamura on trumpet and New York laptop artist Ikue Mori, who receives top billing on the cover. Like much else this year, “Prickly Pear Cactus” began with a Zoom conversation. Fujii mentioned some piano solos she was recording at home to which Mori offered to add her own signature soundscapes. This began a kind of musico-technological game of Canadian doubles tennis where several weeks of Fujii and Tamura exchanged volleys of sound files with Mori, back and forth across the Pacific. The result yielded nine soundscapes brimming with atmosphere, incident and Fujii’s particular brand of musical drama. Although this kind of process has been widely used in pop and hip-hop production for some time, it’s likely a rarity for jazz and adjacent music–but probably not for long. As recording studios became as empty as stages this past year, the trend points to a lot more recordings made in this way, even after pandemic conditions retreat. That’s not necessarily bad news. Like its desert-dwelling namesake, “Prickly Pear Cactus” is evidence that something lush and beautiful can grow even in the harshest conditions. 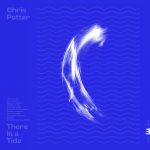 Jazz musicians have experimented with one-man band records since Sidney Bechet’s 1941 take on “Sheik of Araby,” but have any played as many different instruments as Chris Potter does on “There is a tide” (Edition Records)? Recorded in six weeks beginning in May, “There is a tide” features Potter on (deep breath) piano, keyboards, electric and acoustic guitars, bass guitar, drums, clarinet, bass clarinet, flute, alto flute, percussion, samples, and yes, saxophones. He also wrote and arranged all 10 compositions on the 54-minute program. Quite a feat. So what does Chris Potter the band sound like? To these ears, a lot like the Weather Report of “Black Market,” both in the writing, which favors breezy, Carribean-influenced rhythms, and instrumental colors (could that be a Prophet 5 synthesizer on “As the Moon Ascends?”). The compositions are tuneful and ingratiating, and the arrangements are packed with detail, perhaps a bit too much of it. A number of these songs begin with a strong melody that, when repeated is embellished by a countermelody for a horn choir that can include flute, soprano saxophone, clarinet and bass clarinet. It’s a neat trick, and the beautifully-voiced pastels of the arrangements are lovely to hear, but a little structural variety would have been welcome. But these are small quibbles when there is so much to enjoy here, not least the sense of wonder that Potter, who has been busily playing, recording and touring for so long could find the time to play all these instruments as well as he does here. 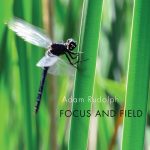 After pairing his Go: Organic Orchestra with  the Indian classical musicians of Brooklyn Raga Massive for 2019’s Ragmala: A Garland of Ragas, multi-percussionist Adam Rudolph now turns his attention eastward to the music of Japanese Noh theater for “Focus and Field” (Meta Records). On the surface, this is another East-meets-West project with Rudolph, clarinetist Ivan Barenboim, flutist Michel Gentile, violist Stephanie Griffin, Ned Rothenberg on a variety of winds, flutist and percussionist Kaoru Watanabe and bassoonist Sara Schoenbeck from the Go: Organic Orchestra side paired with piri and saenghwang player gamin and samisen player Sumie Kaneko, whose hair-raising vocals on the 28-minute-long “Tsuzumi” tell the story of a female shaman’s journey to bring the drum to her people. All three selections have the grave and ceremonial dignity of Japanese gagaku court music, every sound placed with the meticulousness of ikebana, each framed by a judicious and eloquent use of silence. If all music is essentially about time, “Focus and Field”  is also about  timelessness. Or maybe it’s about space, the space of a Zen garden where each object, each sound, contains a universe unto itself. 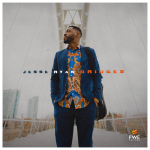 Toronto saxophonist Jesse Ryan has roots in Trinidad and Tobago, so an album credit for the Mt. Cullane Tambrin Band promised a jazz/Tobagonian fusion not unlike what Miguel Zenón has done for the folkloric music of his native Puerto Rico. Instead,  “Bridges” (Fwé Culture), delivers 39 minutes of tuneful jazz-pop. Bridges has legit bop chops, but his long lines sail over the bouncing Caribbean-lite rhythms with the curlicuing lilt of players from the Grover Washington, Jr. school. Ewen Farncombe’s piano and Rhodes lines twinkle and ripple, and the rhythm team of Marc Rogers on bass and David Richards roughs things up just enough to catch the ear. They’re more comfortable riding a groove than with the semi-straightahead feel they bring to “Seeds,” a stop-start line reminiscent of “Pent-Up House,” a bebop standard written by Sonny Rollins, another saxophonist who built bridges between jazz and Trinidadian rhythm. Though Ryan’s recording debut nods toward Trinibagonian music, it says more about the exciting Toronto scene of young musicians from the Afro-Caribbean diaspora, Lets hear more. 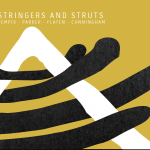 A guy walks into a bar. It’s the conceit behind hundreds of jokes, short stories and tall tales, and in this case, a recording. “Stringers and Struts” (Aerophonic Records) has its origins in a conversation at the bar between saxophonist and label head Dave Rempis and young Chicago drummer Jeremy Cunningham. The two clicked at a few duo gigs, and when Rempis heard that guitarist Jeff Parker and bassist Ingebrigt Håker Flaten, both former bandmates, would be in town for the Chicago Jazz Festival in 2019, he got the gang together for a post-festival after-set at Elastic Arts. Good for him. He also arranged for Dave Zuchowski to record it. Good for us, because this is one of the most appealing and approachable free jazz sets you will ever hear, a free jazz record for people who have never found a way into free jazz. Credit the legibility of much of the music. Sure, the 25-minute “Harmany” follows the slow-fast-slow template of the classic free-jazz blowout, but here the opening slow is a rhapsodic twining of Rempis and Parker that soon becomes a chase. And what a chase! After Cunningham establishes a clacking, faintly Carribbean groove, Rempis downshifts into racehorce freebop, Jimmy Lyons on amphetamines, with the rhythm team hanging on for dear life. Building on little riffs, Rempis veers into Gary Bartz territory that leads to a rolling, Elvin Jones-y section in G for a Håker Flaten bass solo. When the band reenters, it calls the ghost of Julius Hemphill with one-chord shuffle blues in F. The 20-minute-long opener “Cutwater” (Rempis plays tenor here) has many of the same virtues while the seven-minute closer, “Caviste,” is a prowling feature for baritone complete with blues licks from an inspired Parker and even a backbeat from Cunningham.  Blues, backbeats, riffs, melodies: these are all easily readable by even the novice jazz fan, and in a setting that’s as disciplined as free music gets. “Stringers and Struts” is a standout recording and a touching reminder that the loss of impromptu jam sessions is as lamentable as the cancellation of scheduled gigs and tours.