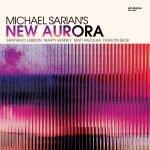 Trumpeter Michael Sarian was born in Toronto to Armenian parents, grew up in Buenos Aires and has lived in New York since 2012. Yet his sound is closest to lyrical European players such as Enrico Rava, Tomasz Stanko and Kenny Wheeler. Those artists were all part of the ECM stable and it’s no surprise that there’s a lyrical, melancholy cast to much of Sarian’s latest ears&eyes Records release “New Aurora.” Another artist prominently associated with ECM hovers over the proceedings: Paul Motian, whose trio inspired “Portrait of a Postman.” It’s the second half of an opening medley that starts with an arrangement of “Dle Yaman,” one of the two Armenian folk songs collected by the composer and musicologist Komitas to appear on “New Aurora.” It’s appropriately moody, as is most of the CD, in which Sarian’s trumpet is heard in a wash of ECM-y reverb. The exception is “Primo,” an uptempo burner where Sarian’s excellent band, pianist Santiago Leibson, Marty Kenney on bass and drummer Dayeon Seok rock out on a scale that Sarian found in Nicolas Slonimsky’s “Thesaurus of Scales and Melodic Patterns” but which sounds a lot like a blues. Even the ECM acoustic is abandoned as Sarian’s trumpet is moved right up front with an aggressive sound that Rudy Van Gelder might have given Lee Morgan. 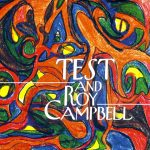 It’s certain that the good people at 577 Records did not release “TEST and Roy Campbell“ as a nostalgia play, but it’s hard not to hear a vanished New York of subway gigs and free-floating genre crossing in the 47 minutes of its single track. To be honest, it’s hard to hear much on this amateur recording from April 16, 1999 at The Hint House in Harlem. The sonics are cramped and the sound as gritty as the subway platforms where TEST, the cooperative band of a collective band of drummer Tom Bruno, multi-reedists Daniel Carter and Sabir Mateen, and Matt Heyner on bass, often played. What makes this release notable was the presence on the gig of the late and much-missed trumpeter Roy Campbell. Campbell played often with Mateen and Carter, but this is the only known recording with TEST. Campbell’s provocative, thrusting trumpet is always good to hear, and this issue is not without interest, but for prime Campbell, the records with Jemeel Moondoc, William Parker and Campbell’s own Delmark leader dates might be a better place to start. 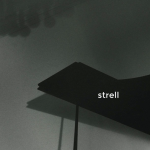 Though Thelonious Monk seems to be getting most of the recent love, there’s no shortage of Duke Ellington tribute albums. None, to my knowledge, feature as the lead horn voice, the drummer singing into his snare through an aluminum lampshade. When that drummer is Gerry Hemingway, this seems almost inevitable; Hemingway is one of the great percussive colorists of our time, and the vocal effect he gets on “The Mooche” sounds eerily like Bubber Miley’s plunger-muted trumpet on the 1928 original. That’s typical of the approach the WHO Trio applies to this mostly familiar material on their new Clean Feed release,  “STRELL.” Color and texture are in the foreground, captured with pristine fidelity by the Swiss engineers. The pretty melody of “Fleurette Africaine” makes a brief appearance in Michel Wintsch‘s lacy piano arpeggios before scattering and ascending upward like a murmuration of birds. “Take the ‘A’ Train” opens with squealing locomotive-wheel sounds , Hemingway’s drums uncannily capturing subway car wheels screeching on the tracks. The most conventionally jazzy track might be the arrangement of “Passion Flower,” but Strayhorn’s perfumed ballad is here cast in 5/4 with an insistent Wintsch hammering out the beat in his left hand, five-to-the-bar on single notes, like a robotic and tin-eared stride pianist. Bassist Bänz Oester mostly plays straight man and he’s ideally placed in the instrumental balanced. That’s important for music that’s all about balance—between big concepts and subtle details, exquisite refinement and generous good humor.