I get a lot of new music for my consideration, 407 releases so far this year. Almost all of them are notable for something, and I’d like to give them their due. So, every week, more or less, I’ll offer hot takes on the releases of the preceding seven days. The week of August 28 was so busy–15 new releases–that I spread it out over two posts, and two weeks. Now I’m effectively a week behind with more delays probably on the way as a big review of Cleveland’s Tri-C festival will occupy my time next week. For now, though, savor what was a very strong week for creative music. 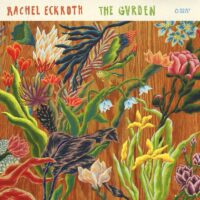 Pianist Rachel Eckroth got her start playing with and writing for large jazz ensembles, but lately, the LA-based musician has added color and texture to music by genre-agnostic artists such as Rufus Wainwright, St. Vincent and KT Tunstall. Not surprisingly, “The Garden” (Rainy Days Records), billows with art-pop ambition tempered by an emotional ambivalence that feels very much of the moment. Along with her partner and collaborator, bassist Tim Lefebvre, bandmates Nir Felder on guitar, drummer Christian Euman and saxophonists Donny McCaslin and Andrew Krasilnikov improvise impressively where it’s called for while contributing to “The Garden’s” textural lushness. When Eckroth adds languid vocals to Felder’s bluesy guitar solo on the wounded “Dried Up Roots,” she threatens to crash playlist algorithms everywhere. 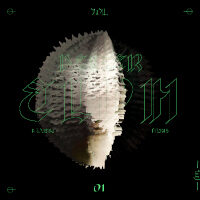 Though Petter Eldh is credited as playing acoustic and electric basses, guitar and all manner of keyboards, his most notable contribution to “Projekt Drums vol. 1 ” (Edition Records Ltd.) is as a producer/arranger. Using only six players on the opening “Lorimer” Eldh creates the illusion of a vast orchestra. It’s a neat trick on a recording that’s generous with them, and at 34 minutes, this tasting menu of an EP doesn’t wear out its welcome. This is a true multinational effort with the drummers, Savannah Harris, Eric Harland, Nate Wood, James Maddren, Gard Nilssen and Richard Spaven representing four countries with studios in England, Germany, Italy, the Netherlands, Norway, Sweden and the U.S. contributing tracks. In putting these disparate elements together, Eldh’s six compositions, influenced by EDM, Europop and breakbeat, explode out of the speakers with the sharp-focus electroacoustic sonics that have become a calling card for Dave Stapleton’s elegantly curated label project. 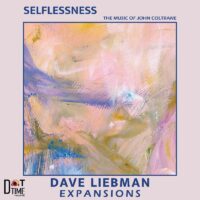 Fashions come and go in the jazz economy, but tributes to John Coltrane never go out of style. Most of them start with the premise that imitation is the sincerest form of flattery. Dave Liebman can pull off that sort of thing in his sleep, and he has done that at times. Yet outside of Pharaoh Sanders, and maybe Ravi Coltrane (a very different sort of player) no one carries the Coltrane legacy with more authority than Liebman does. Blessedly, “Selflessness” (Dot Time Records), avoids the wan reverence that smothers most Coltrane tributes. Those tend to be all-star affairs, but the band on “Selflessness” is  Liebman’s working unit, and it shows. Pianist Bobby Avey (where’s he been lately?) adds intriguing electronic textures to his harmonically exploratory piano. Bassist Tony Marino’s tone has never been more assertive and drummer Alex Ritz is unfailingly agile and alert, especially on the opening cut, “Mr. Day,” that chatters along in a jittery 10/4 while Matt Vashlishian’s snaky postbop lines on alto are a worthy foil for Liebman’s out-of-Trane exhortations on soprano. Each of these nine Coltrane compositions offers something–a wrinkle of rhythm (“Lazy Bird” in clavé) or instrumentation (Avey’s interstellar synth pads on the title cut)–that keeps tedium at bay and engages the ear. Released on his 75th birthday last week, “Selflessness” is vivid evidence that Liebman’s creative fires continue to burn bright. 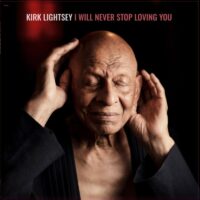 When the roll is called of the long, distinguished lineage of Detroit jazz pianists from Hank Jones to Geri Allen, Kirk Lightsey‘s name isn’t mentioned as often as it should be. That might change with the release of “I Will Never Stop Loving You ” (Jojo Records), a solo piano outing of idiosyncratic lyricism. Lightsey, now 84, has lived in Paris for the last 20 years, which might account for his low profile in the States. Like Chopin, another expat who made Paris home, Lightsey uses subtle rubato in unexpected places to give his phrases a vocal quality. He also deploys silence, often after an upbeat, to create drama. It’s a device that Wayne Shorter uses in his classic compositions, three of which, “Fee-Fi-Fo-Fum,” “Infant Eyes” and “Wild Flower,” form the backbone of this seven-cut program. The gnomic lyricism of those compositions suits the inward, reflective tone of “I Will Never Stop Loving You,” which can sound valedictory at times. I hope that’s not Lightsey’s intention. We need to hear more from this wise and underappreciated master. 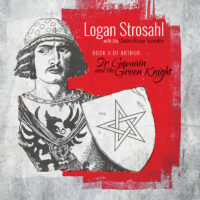 This might be the first and last time you’ll read Richard Strauss’ name in The Roll Call, but the German late-Romantic composer and master of orchestration was a clear inspiration on Logan Strosahl‘s  “Book II of Arthur: Sir Gawain and the Green Knight .” This is program music, almost a chamber reduction of an Arthurian opera that Wagner never wrote. Played by 14 musicians of the Berlin-based Charles Rosen Ensemble with two percussionists, the music is lushly pictorial and narrative. I’ve read the original Middle English text and the vivid imagery of Strosahl’s music might convey the tale with greater legibility. The question this release inevitably raises, “Is it Jazz,” is a meaningless one. Still, fans interested in the more freewheeling side of Strosahl’s musical personality might start their quest with “Sure,” a 2019 trio session with Henry Fraser on bass and drummer Allan Mednard. 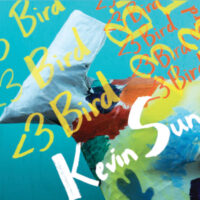 Among the many losses the jazz world suffered in 2020 was the opportunity to pay  homage to the greatness of Charlie Parker on the centennial of his birth. Still in some ways, such a celebration is unnecessary. Parker’s legacy is honored every time a jazz musician picks up an instrument. Tenor saxophonist Kevin Sun surely agrees; in his liner notes, he compares Parker’s stature to James Joyce’s in “the encyclopedic unity” of his work. Yet on “<3 Bird,” (Endectomorph Music), Sun gleefully explodes that unity into elementary particles—a harmonic progression here, a pattern of accents there—and uses them to fashion new compositions that are recognizably Bird-like yet dazzlingly original (How much would Phil Schaap, who passed the day before I wrote this, have enjoyed decoding Sun’s compositions here?). His band, trumpeter Adam O’Farrill, guitarist Max Light, pianist Christian Li with Walter Stinson on bass and Matt Honor on drums, deserves a lot of the credit. They’re limber, curious and full of lift. Of all the centennial tributes to Charlie Parker that did or did not happen, I can’t think of one that honors the protean and soaring spirit of Charlie Parker more appropriately than Ken Sun’s does here. I absolutely <3ed “<3 Bird.” 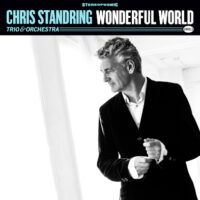 On “Wonderful World ” (Ultimate Vibe Recordings) British guitarist Chris Standring finds himself in a wonderful world where the strings are always lush, the rhythm sections restrained and the soloists seldom raise their voices above a seductive whisper. You know this formula from Tommy LiPuma’s big-budget productions for George Benson and Diana Krall. Those records went down easy and this one is as smooth as Remy Martin Louis XIII as Standring and his A-list sidemen, including bassist Darek Oles and drummers Peter Erskine and Harvey Mason, glide frictionlessly through 10 standards, an original and a ringer. That’s “Maxine,” a soigné ballad from Donald Fagen’s first solo album “The Nightfly.” Fagen’s 1982 release was an affectionate but clear-eyed look back at the optimism of the late 1950s, which makes Standring’s version a callback to 1980s nostalgia for the 1950s. It’s almost too meta to grasp.