I get a lot of music for my consideration, already more than 80 new releases in 2022. Almost all of them are notable for something, and I’d like to give them their due. So, when I’m not previewing live events in Northeast Ohio (like now when there aren’t too many of those), I’ll offer hot takes on the week’s new releases. 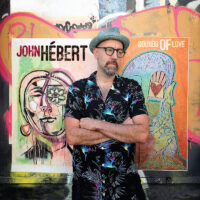 For a certain subset of the jazz fandom multiverse, a simple personnel list would be sufficient to arouse intense interest in John Hébert’s “Sounds of Love” (Sunnyside Records). To wit: a front line of cornetist Taylor Ho Bynum and Tim Berne (shades of Berne’s early Columbia Records dates with Herb Robertson!), and a rhythm section that includes drummer Ches Smith and pianist Fred Hersch. Yes, that Fred Hersch. I didn’t recognize him at first on Hébert’s abstract opener “Constrictor,” but the mystery didn’t last long.  When the pianist slid into a lush, swooning version of Charles Mingus’ “Duke Ellington’s Sound of Love,” it was obvious. “Sounds of Love” was inspired by Mingus the legendary bassist’s “Remember Rockefeller At Attica” erupts out of a ropy bass solo by the leader. With his blues-soaked tone Tim Berne would have fit right into Mingus’ Workshops, and he even flashes the occasional bop chops. It’s fun to hear him as a sideman. It’s Bynum, though, who steals the show, emptying his trick bag on the extended intro to “Rockefeller.” Let’s give the leader some love here too. The New Orleanean’s conception is genius and he guides the proceedings with a huge tone and subtly forceful music personality like a modern-day Wellman Braud. Shouts, too, to the engineering team for capturing this live date from Lugano, Switzerland with admirable clarity that enlivened by room tone. Since the concert took place nine years ago, it’s fair to ask what took them so long. I have a better question, though: can we please have more where this came from? 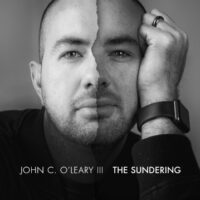 For those who know Arbors Records as a place to find traditional styles of jazz, “The Sundering” by  John C. O’Leary III  might come as a surprise. Nine of the 14 songs are for solo piano with four more cast as duo performances with Shaun Martin and an additional cut in duet with pianist Dick Hyman whose recording career began some 70 years ago. O’Leary III was born in Merida, Mexico and came to the U.S. at 12. Like Vijay Iyer, he has an interest in neuroscience, having earned a Ph.D. in the discipline at the University of South Florida College of Medicine. And yes, this music can be brainy, especially on the opening “Aurora,” which is a clever pastiche of classical piano from several eras. But there is emotion, too, especially on the spectral “Ghosts” and the title cut, which seems to be autobiographical. The originals are not particularly jazzy, but O’Leary III has legit jazz chops that he shows off on the Petersonian “All the Things You Are” and a reading of Ellington’s “C-Jam Blues” that could have been lifted from a Marian McPartland “Piano Jazz” show. 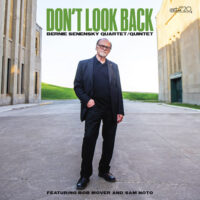 Growing up on the Canadian border, some of the first jazz I heard was on the CBC. And thanks to the network’s Canadian content mandate, I probably heard Bernie Senensky before I heard Bill Evans. Now 77, Senensky was a Young Lion of 44 when “Don’t Look Back“ (Cellar Live) was recorded in Toronto. The generous 11-cut, 75-minute program charges out of the gate with the title cut, a burner out of the early Jazz Messengers bag. Senensky spins out long Silver-y piano lines over a boiling tempo set by the excellent Toronto rhythm team of bassist Neil Swainson and drummer Barry Elmes. On alto saxophone Bob Mover is most comfortable the closer he sticks to classic bebop language while ex-Kenton trumpeter Sam Noto seems to have enjoyed the occasion immensely. If Senensky sometimes stuffs a few more notes than will comfortably fit in a phrase, it’s out of exuberance, not display. You can genuinely feel his joy at playing in this company. Much gratitude to Cellar Live for looking back to this particular occasion. 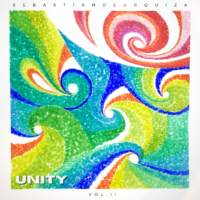 I’ve said it before and I’ll say it again: something very interesting is happening in Buenos Aires. For some time, ears&eyes Records has been releasing fascinating music from the Argentine capital, much of it in an exploratory style. If you’ve been along for the ride, “Unity Vol. 2″ by the bassist Sebastián de Urquiza might come as a surprise, especially when the first cut, “Acorraládo,” opens with a gauzy, small-band intro like an outtake from a Shorty Rogers Octet date from the 1950s.  The West Coast Cool School is a point of reference here for the little big band that features eight players from six nations. So is the music for similar forces by Urquiza’s countryman and former teacher Guillermo Klien (where’s he been lately?), right down to the dreamy tenor vocals on “Lo que nos hace ser.” Vocals also take center stage on “Sometimes I Dream,” a tune that fans of the wonderful Chilean vocalist/guitarist Camila Meza will want to hear, but the real star  is Urquiza’s original but very accessible writing. He’s a skillful arranger of other people’s material, too. When was the last time you heard a modern arrangement of the ancient Ellington flag-waver “Cottontail?” It’s here hopping around in 5/4, a great way to end 42 minutes of highly melodic music that more Americans should know about.