It’s been a minute since I’ve called the roll. Nothing bad, just the usual procrastination and some fairly large-scale work for PostGenre Media and All About Jazz whose scribbling staffs I’ve been fortunate to join. In the midst of that work, holiday madness, some pressing matters of health and the near collapse of the Republic all dampened my enthusiasm for music and for writing. Now I’m back and there’s a lot of catching up to do. Moving backwards from the present . . . . 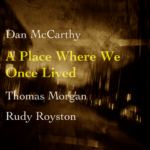 Vibraphonist Dan McCarthy recorded this 56-minute trio session in Brooklyn February 28, 2019. The following day, he packed his things and returned to Toronto. I guess that makes “A Place Where We Once Lived” (self-released, digital only) a breakup record of sorts, but it’s probably more like a fond remembrance. McCarthy’s originals feature pretty melodies, medium to slow tempos and a placid, even-tempered outlook (Steve Swallow’s “I’m Your Pal” is the lone cover). Even after 15 years in New York, McCarthy’s compositional voice sounds distinctly Canadian. That’s no surprise given distinctly exurban song titles such as “Cloud Hopping” “Trail Marker” and “Desert Roads,” all of which land easily on the ears. The latter is a dedication to Gary Burton, who is an influence not just on McCarthy’s playing, but along with Swallow, Carla Bley and the Berklee crowd, on his writing as well. And though it would have been nice to hear  Bassist Thomas Morgan and drummer Rudy Royston are luxury casting, and it would have been nice to hear them take a few more chances with the material. That said, McCarthy, with one foot out the door, likely had limited rehearsal time with them. Still, if you’re going to say goodbye to the New York jazz life, you might as well leave something notable to remember you by. 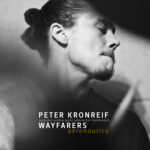 Leaving New York is also addressed on drummer Peter Kronreif’s “Aeronautics” (Fresh Sound New Talent). “Nodoc,” short for “no doctor,” was written when Kronreif, unable to get medical insurance through the ACA, had to return to his native Austria for medical reasons. The original composition, one of nine here, is evocative of the way that landscapes as seen from an airplane window emerge and vanish in the clouds. The sensations of flight are also captured in the title cut, which takes wing after a floating introductory vamp in a succession of rhythms. The leader, a drummer, is fond of additive rhythms and has a strong crew in bassist Martin Nevin and saxophonists Andrew Gould and Lucas Pino, who contributes several muscular solos on tenor. Pianist Addison Frei stands out for the sensitivity and grace of his comping and thoughtful solos that place the nonstop postbop action  in high relief. These musicians might be called Wayfarers but they clearly know the way. 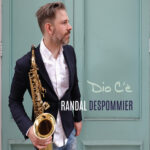 Alto saxophonist Randal Despommier, too, has done a fair amount of wandering in his young life, leaving his native New Orleans for what he calls “my meglio-gioventù years” in Italy, studying at the New England Conservatory and eventually settling in New York. That’s where “Dio C’è” (Outside in Music) was recorded with  pianist Jason Yeager, Aaron Holthus on bass and Chilean-born drummer Rodrigo Recabarren. They form a strong core on this program of four originals and two covers that can be read as postcards from places where Despommier once lived–literally. “SoHo Down” was inspired by a closet-sized New York apartment that placed Despommier in the middle of the New York jazz scene. It’s a joyous, optimistic portrait of the artist as a young man finally arriving at his destination. Aubrey Johnson sings the skipping, uptempo theme in unison with the leader’s alto then all but steals the show with soaring wordless vocals in a range almost never heard on jazz recordings. Despommier is an effective balladeer, too, as he shows on “Almeno tu nell’universo,” an Italian movie theme that makes an odd but apt program-ending pairing with Stone Temple Pilots’ “Big Empty.” That one starts with anguished guitar from Ben Monder before downshifting into a slamming backbeat 4/4. Which brings us to the album’s title, an Italian phrase literally translated as “God Exists” but when seen spray-painted on exit signs identifies places where heroin is sold. 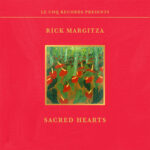 Tenor saxophonist Rick Margitza also knows a thing or two about expatriation having lived in Paris for the last seven years. “Sacred Hearts” (Le Coq Records) was recorded there with pianist Manuel Rocheman, Peter Giron on bass, Oliver Louvel on guitars and banjo, percussionist Xavier Desandre Navarre and fellow expat Jeff Boudreaux on drums. Despite the somber title and the dedications to Margitza’s late nephew and fallen heroes Gerry Niewood and Michael Brecker, this 11-song recording, Margitza’s first as a leader in 15 years, breathes the air of a spring day in the City of Light. Margitza might be from Detroit, but this music speaks with a decidedly French accent, especially when the wordless vocals of Chloe Cailleton and Pierre de Bethmann (the pianist?), fill out the texture with a sound reminiscent of the French vocal jazz groups of the 60s. They weave in and out of the graceful melodies that flow easily and abundantly from Margitza’s tenor and soprano saxes; the music moves with the light step of a Parisian boulevardier. It’s quite a contrast with the hard driving Margitza of the Young Lion years. Ultimately, though, “Sacred Heart” is a writer’s record–or maybe, given the abundance of film score-ready tunes here, an auteur’s record.