I get a lot of music for my consideration, more than 460 new releases so far this year. Almost all of them are notable for something, and I’d like to give them their due. So every week, I’ll offer hot takes on the releases of the preceding seven days. Understandably, this week wasn’t a strong one for new releases, but can’t stop won’t stop. 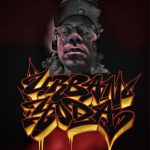 For years, I’ve been touting Toronto as the next jazz hot spot. With its large, diverse and cosmopolitan population, thriving immigrant communities from the Afro-Caribbean diaspora, concentration of media outlets and, like it or not, affluence, Toronto looks a lot like London. The Old Grey Lady is grey no more. Representing the funkier side of this scene, drummer Joe Bowden offers “Roots – Tales Of The Urban Yoda,” an addition to the growing number of releases that pay homage to 1970s jazz-funk. There’s even a tune here called “The Seventies,” a slice of urgent, Brecker Brothers funk driven by the leader’s crisp, punch-and-roll drums. He’s a strong pocket player who leans into the beat just enough to give it a subtle aggression and forward drive. On this essentially rhythm section-centric date, the horn section is limited mostly to unison riffs that could use a little more skunk in their funk, at least until Cuban-born alto saxophonist Luis Deniz steps out of the section to solo. He and keyboardist Robi Botos (who nails the 70s electric keyboard sound and language) take the majority of the solo space in fine style. A last word: don’t let the song list fool you.  Though “Sentimental,” the recording’s sole vocal number, opens with Alana Bridgewater singing “In a sentimental mood . . .”,  it’s a Soulquarian-inspired original, not the Ellington chestnut. Similarly, “Groovin’ High” and “Bustin’ Loose” are also originals, not the familiar tunes by Dizzy Gillespie and Chuck Brown respectively. Covers this Yoda does not play.