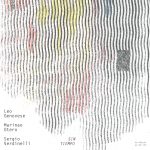 Lately, a lot of music from Argentina has been finding it’s way to me via the ears&eyes Records label documenting what seems to be a vibrant improvised music scene. Earlier this year I reviewed Camilla Nebbia’s “Aura,” which fell just outside my ten favorite releases of 2020. Unilke Nebbia, whose name was completely new to me, pianist Leo Genovese, formerly the pianist in Esperanza Spalding’s band, is a known quantity. Looking to escape the pandemic’s ravages, Genovese decamped from Brooklyn to Buenos Aires where he hooked up with old friends bassist Mariano Otero, and drummer Sergio Verdinelli to make “Sin Tiempo.” Pay attention to that title, which means “without time,” because it offers a clue to the rumbling, rattling music within. Conventional time, while not absent, here is elastic. Over this foundation, Genovese free-associates material that ranges from the misterioso deep-space Debussy-ism of “Chewel” to “Blues,” the stop-and-go opening track. Paul Bley is an influence on that cut and there are echoes of Chick Corea and Franz Liszt elsewhere. But Genovese is an obstinately, often puckishly original voice and it’s good to check in with him here. Two of the eight compositions are his, the others credited to Otero. At 38 minutes, “Sin tiempo” is brief, and that might be a good thing, because the sonics, while immediate, don’t fall easily on the ear and the production is on the raw side. Think 1960s-vintage ESP-Disk and you’ll get the idea. 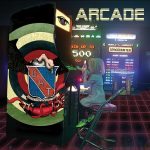 Here’s a cute concept: start each song with a boopy snippet of 8-bit videogame music before bringing in the band. That’s the pitch-meeting description of “Arcade” (G-B Records) by the Toronto-based Griffith Hiltz Trio. The 13 tunes on the 46-minute program tpulse with the candy-colored brightness and relentless, bustling good cheer of the 80s videogames and movie themes that serves as inspiration. Griffith is Johnny Griffith who, like his near namesake, plays saxophones. Hiltz is guitarist Nathan Hiltz.  With drummer Neil MacIntosh, they get a full band sound by doubling, Griffith on synthesizers and Hiltz on bass pedals. That makes multi-tracking standard procedure for this band, but for “Arcade,” the pandemic made it a necessity; each musician tracked his part separately in basements and laundry rooms in Toronto, Sarnia and Halifax. At times, the feel can come off as a bit mechanical if not outright quantized, and maybe that was the point on titles like “Rocket Surgeon” “Space Hunter” and “Thunder Ninja.” If you’re nostalgic for evening-long marathon games of Ms. Pac-Man, order out to the mall for a slice from Pizza Boy and maybe a Cinnabon and put “Arcade” on for a spin. 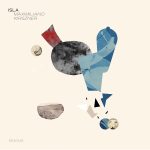 Another recording born in Buenos Aires of pandemic-related constraints is Maximiliano Kirszner‘s “Isla” (ears&eyes Records). Clocking in a barely over a half-hour’s time, “Isla” is a series of short, pungent ruminations for unaccompanied double bass. Kirszner is a fluent player when he’s slashing with the bow as on “Continuidad del sueño” and in the jazz-tinged hard plucking of “Ascendente,” the melody of which could be a second-order derivative of Monk’s “Well You Needn’t.” More proof that something very interesting is happening in Buenos Aires.