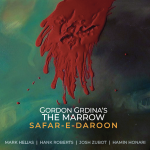 Grdina plays oud exclusively, which makes an ensemble of two Middle-Eastern instruments, balancing two jazz-rooted players and Zubot freely crossing the frontier from both sides. Marrow throws a lot at you: bass and cello solos, maqam scales, improvisatory oud taksims, Basie-style call-and-response riffs and rhythms like 10/16—all of which is to say that this is a true fusion date, seamlessly brought off with sensitivity, respect and a dashing exploratory spirit. Listen to it now, though;  yet another Grdina CD, a cooperative project, is just days away from release. 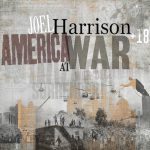 Here’s a sample of what you will encounter in guitarist Joel Harrison‘s “America at War:” 70s cop-show wah-wah guitars, noirish danger chords on vibes, a quote from Jimi Hendrix’s Band of Gypsys in the low brass and a 60s-era antiwar chant shouted by the band. And that’s just in the first movement of this nine-part suite of program music. The work is big: 73 minutes of it, and so is the band, 20 players in all. It takes on the horrors of atomic weapons in the ghostly and atmospheric ““My Father In Nagasaki” (Harrison’s father was among the first two Americans to enter the Japanese city after it was destroyed by an American atom bomb), the terror of war (“The Vultures of Afghanistan”), presidential mendacity–but not that president (“Yellowcake”) and the so-called War on Drugs (“Stupid, Pointless, Heartless Drug Wars”). That’s a lot of ground to cover and it’s sometimes hard to know where to focus your outrage. Political music has a long history in jazz from Fats Waller’s “Black and Blue” to the howls of outrage from Irreversible Entanglements, but balancing the political and musical? That’s the thing. It’s telling that the most moving composition here, the churchy “Gratitude,” is the one with no axe to grind. Sweetened by the composer’s Memphis-flavored rhythm guitar, it was written after Harrison’s recovery from a traumatic brain injury. Think of it as a flower placed in the barrel of a National Guardsman’s rifle. 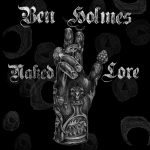 For his trio record “Naked Lore,” trumpeter Ben Holmes aims for the integration of Phrygian mode scales, cantorial melodies and klezmer dance rhythms with the wide-open aesthetic of Chicago’s Association for the Advancement of Creative Musicians. Throw in the winking irreverence of the New York Downtown scene of 30 years ago evidenced in titles such as “$43, a Smile, and Bullshit” and “Swamplands Chusidl” and you have the formula. It’s not an unfamiliar target. Dave Douglas’ mid-90s Tiny Bell Trio shared a similar recombinant aesthetic, the same instrumentation and in Brad Shepik, the same guitarist. Jim Black played trap set in that band, but one that incorporated goblet drums and all manner of shaken stuff, not too far off from what Shane Shanahan employs here. At times Shanahan even uses his odd percussives to mimic the more familiar kit. Check out his four-on-the-floor rock rhythms on “First We Were Sad; Then We Danced,” Shepik strumming along eight-to-the-bar like an old Wrecking Crew hand, before Holmes upshifts into a whirling freylakh to close the piece. That’s the way “Naked Lore” generally works: East and West are on the same plate, but generally keep to their own sides. 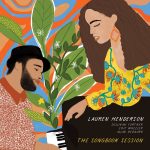 You have to give vocalist Lauren Henderson a lot of credit for generosity. For large portions of her short, nine-song, 43-minute CD “The Songbook Sessions,” she’s veritably upstaged by her band. On the other hand, you don’t hire drummer Allan Mednard, bassist Eric Wheeler and pianist Sullivan Fortner if you want bland, happy-hour accompaniment. Fortner, especially, bounds into the spotlight with an effusive, idea-packed solo on “Beautiful Love.” That great Victor Young line opens the CD, but Henderson doesn’t even enter until one short chorus only 40 seconds before it ends. Henderson sings in blessedly idiomatic Spanish and she shows similar fluency with Brasilian Portuguese. “Besame Mucho” shows off her linguistic skill, but here again, the highlight is Fortner’s two-fisted piano accompaniment. He pitches it in the grandly romantic Cuban style and it had the heft of an orchestra. Against this kind of firepower, Henderson’s creamy, friction-free vocals didn’t stand a chance, but presumably that’s what she wanted. The CD was released on her own label after all. 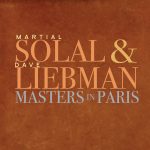 With the retirement of Sonny Rollins and the inactivity of Wayne Shorter, Dave Liebman now finds himself ascending the depth chart of senior tenor saxophone eminences. I suspect the uncompromising Liebman wants no part of the veneration that comes with age, and might contend that at 73, he’s still a young man. He certainly plays like it on “Masters In Paris,” but for youthful élan, he’s nearly lapped by the pianist Martial Solal, who, was a mere 89 at the time of this 2016 recording. Like the 2017 Sunnyside release “Masters In Bordeaux,” which was recorded on the same tour, “Masters in Paris” is a relaxed, often playful hour that manages to mine gold from the depleted ore of such standards as “Summertime,” “A Night In Tunisia” and “Stella By Starlight,” though some of this overfamiliar material requires a bit more in the way of digging. Freed of the burden of history, the two whippersnappers deliver their most heartfelt and–dare I say it?—avuncular performance on Liebman’s “Small One,” written for the child of a friend. Talk about being young at heart. 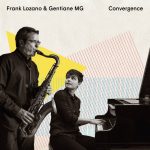 With the same instrumentation, tenor saxophonist Frank Lozano and pianist Gentiane MG‘s “Convergence” has the lived-in, nothing-to-prove ease of the streaming concerts that are now so ubiquitous, even though it was recorded 10 months ago. Neither Lozano nor MG (fka Michaud-Gagnon) were previously known to me. Both have ties to the excellent music school at Montréal’s McGill University and are a delightful discovery. Like his hometown’s famous bagels, Lozano’s tenor tone is chewy and occasionally spicy. MG knows her jazz piano history from Monk’s odd accents to Tyner’s ringing left hand. The rapport they achieve, especially on “My Steps” and “Era,” the moonlit ballads that open the program, is a meeting of companionable equals on friendly turf. Did an alert engineer at Radio-Canada’s Studio 12 roll tape one night as Lozano and MG spontaneously played for their own pleasure? It sure sounds like it.

More soon. This coming week is packed with new releases.