I get a lot of music for my consideration, more than 150 new releases so far in 2020. Almost all of them are notable for something, and I’d like to give them their due. I have a lot of time on my hands as my biggest gig, previewing events for a local newspaper, has evaporated. So every week, I’ll do quick hits on the releases of the preceding seven days. It’s fun and as a writing exercise, it’s a great way to learn to make a point quickly and decisively. Like all roll calls, this will proceed in alphabetical order, starting with . . . 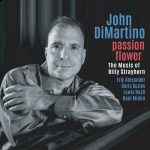 Just like the Tuscan dialect of Dante gradually became the accepted Italian language, the New York style of playing is the NPR accent of mainstream jazz. That doesn’t imply a lack of a recognizable character necessarily. In the right hands,  New York jazz is immediately identifiable for its refinement, urbanity and professionalism. And that’s what you get on pianist John DiMartino‘s Passion Flower (Sunnnyside Records). The 14 Billy Strayhorn compositions are mostly well known (except “Absinthe,” which was new to me at least) and DiMartino’s arrangements avoid needless interventionism. So do bassist Boris Kozlov and tenor saxophonist Eric Alexander, who are solid throughout. Drummer Lewis Nash, alert, creative and supremely musical, steals the show. It’s what New York drummers are supposed to do. 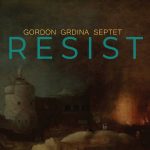 Of those 150 releases, three have Gordon Grdina‘s name on them. Hot on the heels of his Nomad Trio (which I really need to spend more time with) comes Resist, billed to the Gordon Grdina Septet. The Vancouver-based guitarist and oud player, a restless experimenter with form, tone and structure, is apparently a traditionalist when it comes to cover design. The CD’s title and Hieronymus Bosch’s apocalyptic “Christ’s Descent into Hell” tells you a lot about the music within, which alternates between bleak, Shostakovichian laments for the East Van Strings (violist Eyvind Kang, cellist Peggy Lee and violinist Jesse Zubot) and searing, accusatory energy music from bassist Tommy Babin and drummer Kenton Loewen led into the fray by Jon Irabagon, on whose Irabagast label this appears, a firestarter on tenor and sopranino saxophones. Aux barricades, citoyens! 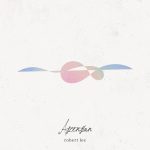 Across the country in Toronto, a very different aesthetic prevails on Ascension, the debut release from bassist Robert Lee. Set aside any associations you might have with the Coltrane epic of the same title. The young players on this 10-song date offer music that, like the city of its creation, is orderly, well-made and eager to please. It’s also melodious and unselfconsciously pretty. The dominant color here is the soprano voice (Mingjia Chen and Caity Gyorgy appear on five cuts each). Rhythms are not aggressive and there’s plenty of air around the instruments. As an influence, Lee cites the films of Hayao Miyazaki. No one so lovingly depicts clouds as that Japanese master did, and it’s not hard to see Princess Nausicaa soaring over her Valley of the Wind when you listen to Lee’s airborne compositions.