Can We Talk? Gerald Clayton Comes to Bop Stop for Two Conversations on Improvisation 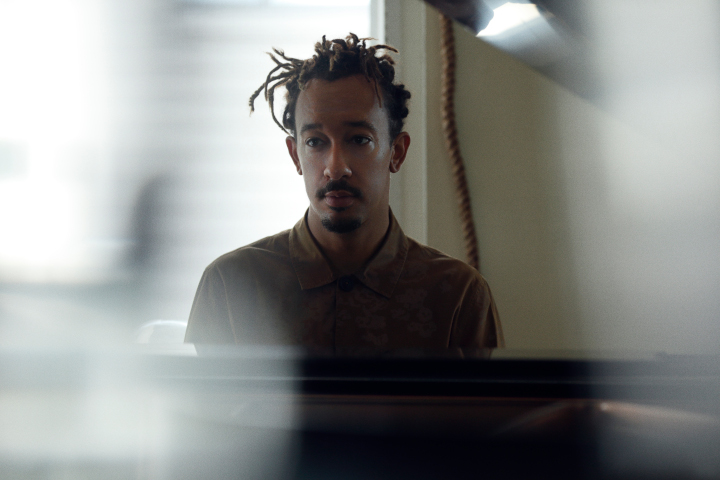 For generations, the jazz business has spent a lot of time and money looking for ways to grow the genre’s dedicated but comparatively small audience. Pianist Gerald Clayton has some advice for them: Ain’t nothing to it but to do it.

“That applies to how to approach playing the music, learning how to play the music, and also learning how to listen to it,” the 38-year-old Clayton said in a phone interview Tuesday. “If we just have folks listening to this music over and over and over, I think the process will come pretty naturally and take care of itself, but I think there’s nothing wrong with having a bit of a liaison, a tour guide pointing out some things to listen for.”

On June 1 and 2 that tour departs from Bop Stop sailing under the flag of Piano Cleveland’s Listening Series with Clayton as your guide.

He may be only 38, but Clayton knows the territory. The six-time GRAMMY-nominated pianist and composer has built a body of work with artists such as Diana Krall, Roy Hargrove, Charles Lloyd and Ambrose Akinmusire. He also has quietly put together a far-seeing and compelling series of recordings under his own name. The latest of these, “Bells On Sand,” his debut for the legendary Blue Note label, is a quiet stunner.

Clayton knows northeast Ohio, too. With his father, bassist John Clayton, he conducted clinics in 2016 at Tri-C’s DownBeat Jazz Education Days. He returned the next year for an engagement with his trio at Nighttown and in 2018 Tri-C presented Clayton’s Piedmont Blues project. Clayton’s most recent appearance was with John Scofield’s band at the 2019 JazzFest, though a more recent  appearance with the Jazz Gallery All-Stars scheduled for February was snowed out.

With frequent invitations to conduct master classes and in his role as director of the Monterey Jazz Festival’s Next Generation Jazz Orchestra and Clayton is an enthusiastic teacher. “I’ve gotten pretty used to having a conversation about the music and thinking about key messages and values in the music that I think are worth highlighting,” he said.

For the Listening Series, Clayton said, “I’m sort of doing the same thing I always do–maybe slightly altering the language to make sure that I’m connecting with folks who may not actually ever put an instrument in front of themselves.”

In music that can frequently seem complex and forbidding, the notion of how to listen has unusual salience. That’s one reason Piano Cleveland undertook the Listening Series in the first place.

Jazz fit neatly into the concept. “We wanted some kind of presentation about improvisation for audiences who are more used to classical music to understand that it’s a totally different state of mind to play jazz, or to understand how a jazz player is thinking or how he’s working,” said Yaron Kohlberg, Piano Cleveland’s president and a pianist himself. “Gerald seemed particularly engaging and is wonderful player, a wonderful improviser, and he just seemed like a great fit.”

While his two Conversations on Improvisation will attempt to demystify the improvisor’s process, Clayton has a larger purpose in mind. “I think the issue in regards to Black expression and Black music is really wider than the music. It’s black culture being marginalized throughout history,” he said. “I appreciate that folks are open minded to it and want to figure out a way in, but I don’t know that it needs to be overthought. Let’s start with just exposing the people to the music.”

Ain’t nothing to it.