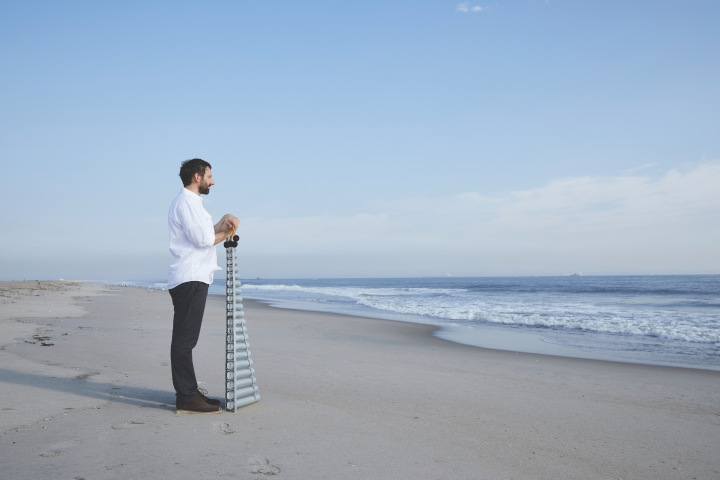 Listening to music has increasingly become a solitary, disembodied experience, these days. Yet an opposite if so far unequal reaction is rising: a new interest in music that serves a social purpose.

In the dim past, all music was social. It was used for celebration and worship, to lull children to sleep and to blunt the drudgery of hard, repetitive labor. The social music that Chris Dingman will bring to his solo concert at Cleveland’s Bop Stop on Thursday is similarly intentional yet with a somewhat different purpose: healing.

If this sounds like the quintessential pandemic-inspired project, it is. Yet its origins came a couple of years earlier during a pause in Dingman’s performing career while his father was in hospice care. The music he played for his father was intended as a comfort and a sleep aid. It worked on that level, but as Dingman’s father began to slip from this world, he also said that the music gave him hope.

Two years later, during the tumultuous early summer of 2020–another vigil of sorts–Dingman collected five hours of the solo improvisations he played for his father in his final days and released them under a title that summarized the gift they were intended to bestow: Peace.

While the pandemic brought another interval of isolation and withdrawal from public music-making and another cataclysmic career interruption, Dingman took refuge in a longstanding meditation practice that served as both anchor and inspiration.

Dingman credits a ten-day insight meditation retreat in 2006 for a transformation both in his life and his music. “It was life altering,” Dingman said via Zoom from his home studio. “When I came out of that I went back to my life, and all of a sudden, things were really different, sometimes in subtle ways that played out over years, sometimes really right away. I noticed right away that it felt really different to play music and it felt different to write music.” At the same time, Dingman was hearing similar things from trumpeter and composer Terence Blanchard in whose band he played, and from Herbie Hancock and Wayne Shorter, both of whom have decades-long dharma practices. 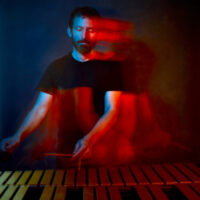 “After doing that retreat, it all just sort of like connected for me,” Dingman said. “The music would flow more  effortlessly. I think before that I was a lot more cerebral as to how I was approaching things. That [retreat] was when I was like 26 and I’ve just kept going with that practice at 41, and that’s been that’s become a big part of my life. I meditate every day. It’s something that helps ground me, and it helped to ground me during when my father was sick. In a time of crisis you really see how that type of practice is helping you.”

Another healing practice came during his pandemic-enforced isolation when Dingman began to play the mbira dzavadzimu, a thumb piano from Zimbabwe. The mbira  shares a ringing, watery sound with the vibraphone. Yet it might have been more than a familiar sound that drew him to the instrument.

“Only after a few months of listening to it did I learn that the music is actually for calling ancestral spirits and connecting with them,” Dingman said. “And it just kind of made my head explode because that’s what I had been thinking about with my music leading up to that time, with the experiences I had been having playing. I felt like there was spirituality in my music, or that I was maybe connecting with spirits in some way through the music in sort of a dreamlike space that I get into in my head.” 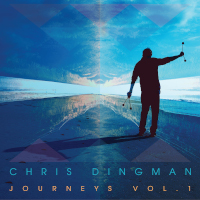 The mbira is woven subtly into the shimmering fabric of Dingman’s latest recording, journeys, vol. 1, released in February. Like Peace, journeys was compiled from recordings of solo improvisations, in this case drawn from the Bandcamp subscription series recorded during the pandemic.

As that crisis has receded, however temporarily, the vibraphonist finally has an opportunity to bring this outpouring of music to a live audience. “I like connecting with people that way, and bringing people in on the music,” Dingman said. “I think a lot of times people look at music and concerts like, ‘Wow, that was really interesting, but I also have no idea what just happened.’ I like to give people more of the experience like when you learn a language and you get to understand more about it. I have done some small tours recently, but this is a big new chapter for me for sure.”

Chris Dingman Thursday, April 14, 7 p.m. at Bop Stop, 2920 Detroit Ave., Cleveland. In-person $15 available here. The concert will be livestreamed at Bop Stop’s Facebook page. Viewing the stream is free but donations to the band and the venue are appreciated and can be made here.