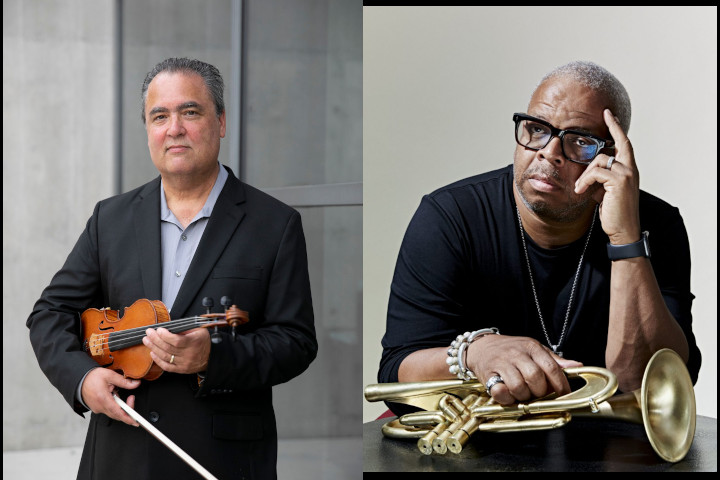 To be an improvising musician at the highest level means being ready for anything that might happen. Still, nothing could have prepared violinist David Balakrishnan for the call he received in February 2020.

It’s just an amazing story,” said Balakrishnan, 68,the founder and first violinist of the Turtle Island Quartet, the rare string quartet expert in improvisation. “I got a call from a friend of mine who worked for a booking agency. He said, ‘Do you want to record with Terence Blanchard in two weeks?’”

If you’ve heard Blanchard’s double-Grammy-nominated Blue Note release Absence, you already know how Balakrishnan answered. And if you want to hear how that music sounds live, you’ll have a rare opportunity to do so when Blanchard and his five-piece E-Collective ensemble and the Turtle Island Quartet visit Tri-C Saturday evening to perform music from Absence.

Anyone with even a cursory interest in music would have had a hard time avoiding the name Terence Blanchard, 60, during the last two years. In 2021 Blanchard’s “A Fire Shut Up in My Bones” became the first opera by a Black composer to premiere at the Met. His score for Spike Lee’s film “Da 5 Bloods” was nominated for an Oscar and a score for the HBO series “They Call Me Magic” received a Primetime Emmy nomination. Can a Tony nomination be far behind? 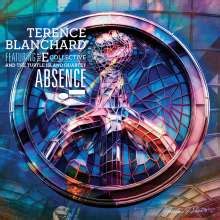 Inspired by the compositions of Wayne Shorter, Absence can sound like an extension of the music that Shorter composed for his mid-80s Columbia albums Atlantis, Phantom Navigator and Joy Ryder. The electric instruments that Shorter used on those records created textures that confounded listeners and critics when they were released and can sound dated today, obscuring the brilliance of the music. “Absence” can be heard as an extension of Shorter’s concepts using the greater resources available to musicians in the 2020s. It’s almost as though technology and musicianship have finally caught up to Shorter’s musical imagination.

But just how far that advance has progressed wasn’t apparent when the members of the quartet, second violinist Gabriel Terracciano, violist Benjamin von Gutzeit and cellist Naseem Alatrash, arrived at the studio to play the string arrangements. “They were really nice charts for us,” Balakrishnan said, “but they didn’t know that we all know how to swing, because string players that know how to swing are not so common.”

At one point in the recording session, Balakrishnan asked Blanchard if the quartet could play a new piece, “The Second Wave,” for him. “We started playing it and we fell apart. So I asked if we could start over and Terence said, ‘No problem, but can I ask you something? Can we put it on the record?’ And I was just like, ‘What? You’re going to put this on your record? On Blue Note?’ I mean, what do you say? ‘Yes, of course!’”

Balakrishnan’s “The Second Wave,” a ten-minute tour de force of dazzling music that references Bela Bartok, backwoods fiddling and street-corner doo-wop, is the longest cut on Absence and one of the recording’s highlights.

It’s also an illustration in sound of Wayne Shorter’s definition of jazz: “For me, the word ‘jazz’ means, ‘I dare you.’” 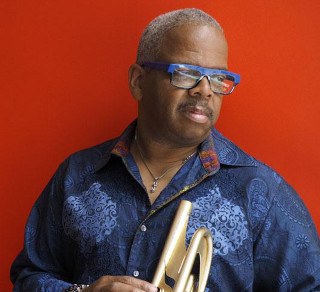 That’s a dictum that Blanchard readily embraced not only by incorporating a string quartet into his roiling electric band, but then giving one-sixth of “Absence’s” running time to a showcase for the ensemble.

The willingness to take the dare implicit in all creative music has only deepened the connection between the Turtle Island Quartet and Blanchard, though their mutual journey had its peaks and valleys.

For Balakrishnan, one of those peaks was literal. “We got to meet Wayne Shorter at his house way up in the Hollywood Hills. It’s like going to the mountaintop to see somebody who is a spiritual master of music and beyond. So I’m thinking, Oh, my goodness, we’re going to be touring with Terence. And then you know what happened two weeks later.”

That was March 2020 when the emerging pandemic dropped an iron wall between musicians and listeners.

“I felt like this chance was stolen away–just like that–and I was so depressed,” Balakrishnan said. “But as it turned out, it was it was just an interruption, and then the next thing we know, we’re touring and playing and the record got a Grammy nomination. So you could say it’s like a blessing in a weird way.”

One manifestation of that blessing is the changing role of the Turtle Island Quartet in the Absence project. “On the record we were more like a traditional string quartet playing written out lines with some improvising here and there, but not anything like what we do. That’s changing now as we perform live,” Balakrishnan said.

“Turtle Island is an acoustic string quartet, and we’re joined with this really electric E Collective. It’s a challenge, but I think it works because you can hear both sides. It’s not everybody’s cup of tea, but I still dig it. It’s going forward and yeah, we’re in the second wave.”