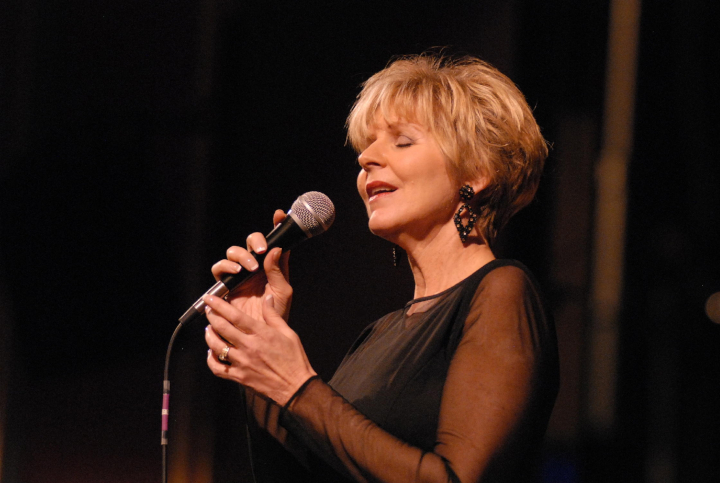 Barbara Knight doesn’t consider herself a jazz singer, though you wouldn’t know it from the swinging, rhythmically alert performances she’s lavished on northeast Ohio audiences through the years. But hear her out.

“I’ve always called myself a big band singer, rather than a jazz singer,” she said by phone from her home in nearby western Pennsylvania. “If you listen to me, you’ll hear that I am more traditional with my presentation of songs. I’m not using vocal pyrotechnics to do all kinds of crazy things with the melody. I think the people that I sing for are more interested in hearing the melody.”

When Knight and her quintet, John Orsini (saxophones), Phil Lantry (keyboards), Tim Powell (bass) and Glenn Schaft (drums) take the stage at Cain Park for a free concert Sunday, Aug. 14 at 1 p.m., you will certainly hear the melody, but you’ll also hear the wisdom of a singer with hundreds of songs in her repertoire and decades of exploration into their subtleties.

To understand Knight’s perhaps excessively modest hesitation about raising the banner of jazz, it helps to know some history.

Knight has been singing in front of audiences since she was a child. Growing up in a musical home, she and her four sisters sang at weddings, church services and, she said, “generally wherever people needed music. I went to college to get a degree in music. While there, I discovered jazz, but it was really geared toward the [big] band because I was singing with the jazz lab at Kent State. It was mostly big band that I was listening to as I was growing up. So I’m way late to jazz.”

Maybe so, but as the era of the big bands recedes ever farther into history, the distinction between big band music and jazz becomes hazier. That wasn’t always the case, of course and Knight’s early experience draws a bright line between the two.

She began her professional career in 1980 with the Harry Hershey Orchestra, a 12-piece little big band that for two years presented a show called “Stompin’ at the State” at Playhouse Square’s State Theater. The show was a recreation of a 1943 nightclub and the band played for dancing. “There were dime-a-dance girls against the wall, cigarette girls, military men in uniform circulating through the tables to dance with women that didn’t have a partner,” Knight said. “The band was on the stage playing and I was the singer.”

The show was so successful that it was picked up by the storied Fontainebleau Hotel in Miami Beach. “I spent two and a half years just singing songs that were popular in the early ‘40s. So it was a real education,” Knight said, adding, “I never got tired of doing it. We were constantly revamping the show because there were so many great songs.”

Those songs form the core of a repertoire that Knight estimates might be as large as 500. Chronologically, that repertoire touches on the Beatles, but goes no further. “You can’t swing straight eighths,” Knight said of the even eighth-note rhythms that began to dominate popular music in the mid ‘60s. She does, however, sing Brazilian songs, not only in Portuguese, but in dialect. “[Trumpeter] Jack Schantz had a graduate student at the University of Akron from Brazil. So I sat down with him and spent a lot of time on pronunciations. I have found out since then that there are dialects, and my dialect is from Rio de Janeiro.”

Knight’s 17 years with the Cleveland Jazz Orchestra were formative and she credits that association with deepening and expanding her musical palette. ”I learned to know your music inside out. I learned to be able to rehearse my music and hear the inner horn parts and know when mistakes were being made,” she said of her CJO experience, which ushered her to a turning point in 2007.

”I ventured out into creating my own small bands with me being leader, but that came way late in my music career,” Knight said. “To that point, it was almost all big band work.” The results can be heard on her self-released CD Angel Eyes. “I tried to be a little more adventuresome,” she said of the music on the recording “I was working with [bassist] David Morgan back then. So I had some really great David Morgan arrangements that were unique,” she said. “‘Secret Love’ on that album is a duet with a drummer on brushes. Jack Schantz and I did ‘Skylark.’ David and I did ‘Lullaby of Birdland.’”

For Sunday’s concert, which is sponsored by Local 4 of the American Federation of Musicians, Knight will be surrounded by musicians she has known and worked with for years. “My quintet makes things a little bit more expansive,” she said. “It’s easier to hire a trio or quartet but adding a horn player adds so much to the music and Len [Local 4 president DiCosimo] really likes the quintet.”

Knight suggests that dancers might like it too. “If the spirit moves you, get up and dance in the aisles. Oh, yeah. That means you’re moved by the music.”