Dan Weiss’ Trio Made One Of The Year’s Best Recordings. Hear Them At Bop Stop Sunday

Dan Weiss talks a lot like he plays the drums. When I spoke with him about his Sunday concert at Bop Stop, his answers to my interview questions were short. To the point. Nothing wasted. Next question? 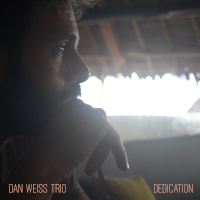 Yet forward momentum, essential for any drummer, is just one part of his game. Color, an original voice as a composer and a keen ear for texture are in there. They’re all present on Dedication (Cygnus Records), the stunning new release by Weiss’ longstanding trio with pianist Jacob Sacks and bassist Thomas Morgan.

Given his many musical associations with artists as diverse as the saxophonists Jon Irabagon and Lee Konitz, pianist Sylvie Courvoisier and vocalist/multi-instrumentalist Jen Shyu, it’s kind of amazing that he’s only appeared in Cleveland twice. The trio played Bop Stop in November 2019, and 19 months earlier he was at the Hingetown club with saxophonist Chris Potter band.

At 70, Cleveland’s Jamey Haddad Keeps The Music On Its Feet 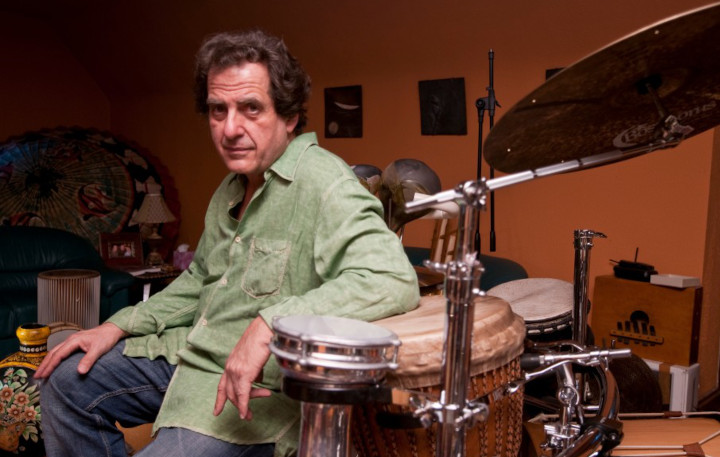 At 70, you would think drummer and percussionist Jamey Haddad would be ready to slow down. After all, he’s toured the world with artists such as Paul Simon, Sting and Yo-Yo Ma. Yet he’s equally excited to play this weekend’s pair of gigs at Bop Stop with a trio of accomplished Ohioans. To Haddad, only the music matters.

Can Three Shamans From New York Help Conjure A DIY Scene in Erie?

This week I’m taking a Thanksgiving break of sorts. Instead of my stated project of documenting the northeast Ohio scene I’ll cover something notable that’s happening in my old hometown of Erie, Pennsylvania: a concert Saturday evening headlined by New York improvising trio Three Shamans at Erie’s Grounded Printshop on a bill that also includes New American musicians from Syria and an experimental trombone and percussion duo.

Reunion: Steve Swell and the Frode Gjerstad Trio from Norway Reconvene at Beachland

With its wide dynamic range, speech-like articulation and capacity for playing off-the-scale notes, the saxophone would seem to be the perfect instrument for creative improvised music (some people call it “free jazz” or “avant-garde jazz” or “fire music”). Fine, but anything the saxophone can do, the trombone can do better. So why don’t we hear more trombones in creative music—or in mainstream jazz, for that matter?

It’s a question that Steve Swell, the trombonist who will appear at the Beachland Ballroom Sunday with saxophonist Frode Gjerstad, Jon Rune Strøm on bass and drummer Paal Nilssen-Love, has pondered for a long time.

Tribute concerts, for better or worse, are an established marketing hook for jazz presenters and an evergreen source of inspiration for musicians. The honors tend to cluster around past masters, and the bigger the name the batter. Living musicians who can actually appreciate the tribute aren’t often feted and even less often asked to play, but a tribute concert where the honoree is a sideman? Never happens.

Yet when bassist Aidan Plank’s octet takes the Bop Stop stage Thursday to present a program of music by Carmen Castaldi, the man of the hour will be seated where he can usually be found: behind the trap set.

The concert billed as Aidan Plank Presents: The Music of Carmen Castaldi is a labor of love for the busy, Oberlin-born bassist.

“There was a great community of young improvisers in Cleveland in the early 2000s that was interested in playing more avant-garde or free jazz,” Plank said by phone, “ and Carmen was kind of a mentor to all of us and was very helpful to everyone in trying to figure out how to play in that way. His history goes very, very deep over many decades of playing.”

Some of that playing was with Plank who, as a rhythm-section partner of Castaldi’s, came to know the drummer’s compositions from the inside out. “Playing Carmen’s music in the past for me has been in situations with just a piano trio or trio with a saxophonist, and it’s always been exciting and really great,” Plank said. “But I wondered what it might sound like with more orchestration or more colors and textures to add to it.”

Plank doubled down on the exploration of texture, arranging Castaldi’s music for an unusual combination of five horns: two saxophones, Chris Coles on alto and Brad Wagner doubling on soprano and tenor, two trombones (Jimmy Redmond and Mark Mauldin) and David Brockett’s French horn. Anthony Fuoco is the pianist and Plank’s wife, Charlotte Beers Plank, an accomplished instrumentalist herself, will be the vocalist for Castaldi’s compositions with lyrics.

Plank is among the busiest bassists on the scene. He can be found on bandstands working with singers, driving small groups and holding down the bass chair in the Cleveland Jazz Orchestra. He might have been referring to himself when he called Castaldi, “a musician that’s able to handle any circumstance. He also praised Castaldi as a player who is “selective about the music that he wishes to engage in. He plays music that always has utter sincerity and is always meaningful.”

There’s another quality that Plank finds in Castaldi’s music, a melodic beauty that is present in his free pieces as much as it is in his songs. “It is often times incredibly open, [an] exploration of unknowns that will demand that you play as presently as possible and will be different every time you play it, full of a vast spaciousness. As a contrast to that, he also has a lot of music that is just incredibly, beautifully melodic that works with beautiful harmonies and simple melodies.”

That variety gives Plank a good place to start in the project of adding composition and arranging to his already formidable portfolio of skills as a player. “I think there is a natural progression from being really enamored with improvisation to wanting to know on a deeper level how things work and how all the tones interact together,” he said. “Then, all of a sudden, you start looking at a really big picture, and for me there’s no bigger picture than trying to figure out how you can place notes in a certain order and certain rhythms and put it in front of any number of instruments and, and the result is that sound that you that you’re hearing.”

Yet for Plank, the Castaldi project is much more than a thought puzzle or composition exercise. “A big part of me just wants to celebrate Carmen and his music and hopefully put it in another kind of setting where people might be exposed to it and enjoy it and get to know that music too.”

Aidan Plank Presents: The Music of Carmen Castaldi, Wednesday, Nov. 17, 7 p.m. at Bop Stop, 2920 Detroit Ave., Cleveland. $20 available here. $20. The concert will be livestreamed at Bop Stop’s Facebook page. Viewing the stream is free but donations to the band and the venue are appreciated and can be made here.

Hometown hero Dominic Farinacci returns with his national touring production of this interdisciplinary work that inspired by the story of Jaymes Polings, a U.S. Army veteran of three tours of duty in Afghanistan. Vocalist Shenel Johns and news anchor Leon Bibb join Farinacci for this ticketed production which is free to veterans and Tri-C students.

This one sneaked up on me, but the cast of sidemen alone makes it a compelling gig. Carrington is a Baltimore native whose saxophones can be heard in settings as diverse as Cyrus Chestnut’s African Reflections Band, the Dizzy Gillespie Legacy bands and Kool and the Gang. He’ll be joined by New York heavyweights Freddie Hendrix (trumpet), Mark Whitfield (guitar), Manuel Valera (keyboards), John Lee (bass) and Jerome Jennings (drums).

According to Tim Mirth, “about 90% of the tracks” on “Live and Untethered,” the new recording released last month by his band Stellar Reaches, were recorded at Bop Stop. He describes that band as a “modern jazz (perhaps fusion) group. With fellow guitarist Brent Hamker, drummer Tony Kazel and Aidan Plank (him again!) on bass, the Guitar Band tilts toward Mirth’s jazz side.

Fans of guitar noise and free-associative percussion needn’t fret (see what I did there?). The august if not always polite duo of Mike Sopko and Joe Tomino are here to bring a face-melting evening of squalling, exultant free improvisation to the Detroit-Shoreway neighborhood. It just might be the thing you need to prepare you for the tumult of a holiday week.