Hearing the Colors and Seeing the Sounds, Amina Figarova Comes To Bop Stop 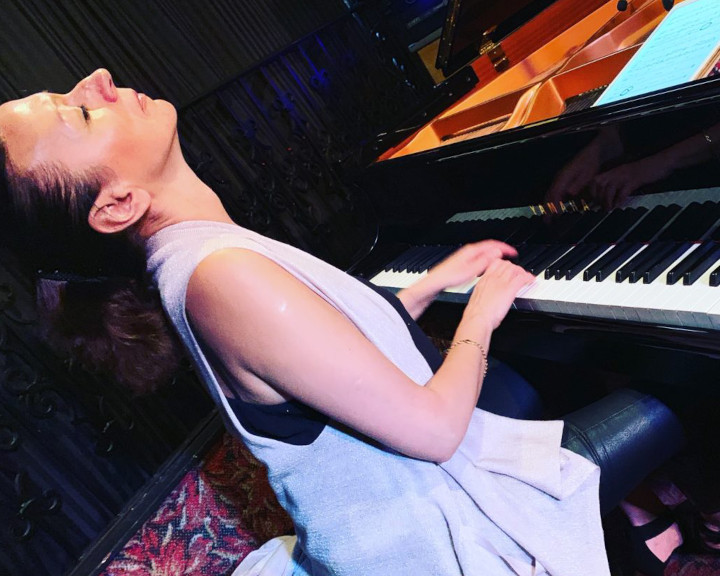 For years, Amina Figarova was such a constant presence on the Cleveland scene that you might have assumed that she lived here. So it came as a surprise when the pianist told me that her engagement Oct. 12 at Bop Stop will be her first at the Hingetown club.

True, Figarova, who has been represented by Jim Wadsworth, made Nighttown the local base of operations for her dynamic small groups. “It seems like every tour we made started at Nighttown,” she said in a phone interview earlier this week.

Her online tour itinerary shows Cleveland performances every year from 2008 to 2017 with the exception of 2013. So, it’s been five years since her last gig at the Cedar Rd. club. During that time Figarova has toured extensively in Europe and North America and released three recordings (the latest, Joy (AmFi Records), was released two weeks ago and is reviewed below). Her return is overdue.

Figarova got an early start in music. Born in 1964 in the former Soviet republic of Azerbaijan, she began piano lessons at two and was a composer by age six. Firmly on a course aimed at the concert stage, she made a fateful encounter with jazz while studying in Holland, where she eventually moved and where she met her husband, flutist Bart Platteau. Scriabin and Mozart took a back seat to Silver and McCoy.

Studies at Berklee followed and so did a move to New York where Figarova worked, mostly as a leader, with the elite post-bop stylists who, along with Platteau, have populated her dynamic bands for more than 25 years.

She’ll bring a new edition to Bop Stop where she and Platteau will be joined by the firebrand 26-year-old trumpeter Alonzo Demetrius, big-toned saxophonist Wayne Escoffery, Philip Norris, a rising young bassist, and the explosive Rudy Royston on drums.

It’s a cosmopolitan crew. Escoffery, whom Figarova called “a musical soulmate,” was born in London before coming to America at age 11. Norris, a Canadian by birth, grew up in North Carolina. Platteau is Belgian by birth and lived in the Netherlands. Yet together, the music they make is classic New York-style postbop, full of harmonic daring that opens a wide field for rangy solo opportunities.

And like the city where postbop is the dominant musical language, Figarova’s music sizzles with edgy vitality. On Joy, that was very much the point. “I wanted to make a record with a stubbornly positive feeling,” she said. “I wasn’t looking for the music to be especially innovative. I wanted music with a lot of energy.” 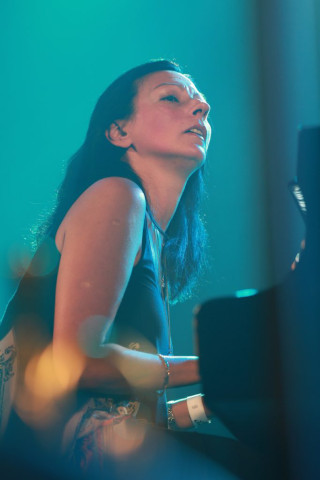 Mission accomplished. Still, it’s the ballads that stand out on “Joy,” perhaps because they sprang from a fresh source of inspiration.

Figarova and Platteau recently began splitting time between New York and New Orleans. “Only Peace Liberates” is a picture in sound of July Fourth fireworks over New Orleans as viewed from the serene distance of the couple’s Crescent City home. It’s an odd notion for those of us for whom New Orleans is a noisy, nonstop party, but Figarova described the city as “a peaceful party, maybe.”

That’s a good description of “Green Blues,” which is an expression of Figarova’s experience of synesthesia. “It started very early. I would play an F on the piano and that note would have a color. In this case it was blue,” she said. It works the other way, too, where colors evoke their corresponding sounds. She related an experience when visiting a friend who had a large, color-filled painting on the wall. “I had trouble concentrating on the conversation because I was ‘hearing” the painting.”

I asked her which colors were evoked by “October Phantasy,” the second cut on Joy. “That one is greyish blue,” she responded, which pretty much defines the color of autumn skies over the Great Lakes.

Northeast Ohio’s notoriously unpredictable weather isn’t likely to dampen Figarova’s enthusiasm. “We’re looking forward to returning,” she said. “We have such a great relationship with the city.” 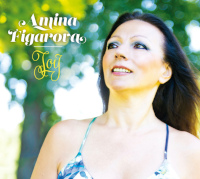 The flood of releases in 2022 that were postponed by or recorded during the initial years of the pandemic seem to be sorting themselves into two categories. One is marked by a somber tone and reflective interiority while the other bursts with a barely contained elation at finally being able to make music together.

You already know where to find Joy, the latest release by the Amina Figarova Sextet.

Released Sept. 23 on Figarova’s own AmFi label, Joy teems with the joie de vivre of a puppy just let off the leash. There’s even a song, “Ruby At Play,” inspired by the Labrador retriever mix Figarova and her husband, flutist Bart Platteau, recently adopted.

A lot of the energy is generated by the A-list rhythm section of bassist Yasushi Nakamura and drummer Rudy Royston, who bring out Figarova’s ties to the pianistic lineage rooted in Bud Powell and Chick Corea.

The front-line horns have their fiery moments, too. Yet Alex Pope Norris shines on his balmy flugelhorn solo on the Wayne Shorterish waltz (think “Dance Cadaverous”), “Only Peace Liberates.” Similarly, tenor saxophonist Wayne Escoffery’s solo on the flowing, Latinate “Road Ahead,” where he makes some startling leaps into the horn’s altissimo register made me wish that he had received more solo space. Platteau doesn’t get the credit he deserves. His flute adds a brightness to the heads that echoes James Spaulding’s role on classic Blue Note sessions and reinforces Joy’s upbeat theme.

Sure, Joy is a largely celebratory effort, but the ballads left the strongest impression. “Suddenly Stars Are Falling” was inspired by the relatively darker night skies that Figarova and Platteau encountered when the moved from New York to New Orleans. In her unaccompanied opening to the tender ballad, the pianist tosses handfuls of stardust into the air that descend through the piano’s registers like a meteor shower. “October Phantasy” adds Now Orleanean Sasha Masakowski’s voice to a 6/4 ballad on which Nakamura achieved a perfect equipoise of strength and delicacy.

These pieces, while slow, are never solemn. What comes across most vividly is a feeling of calm acceptance, a serenity generously seasoned with gratitude. That’s something to celebrate.