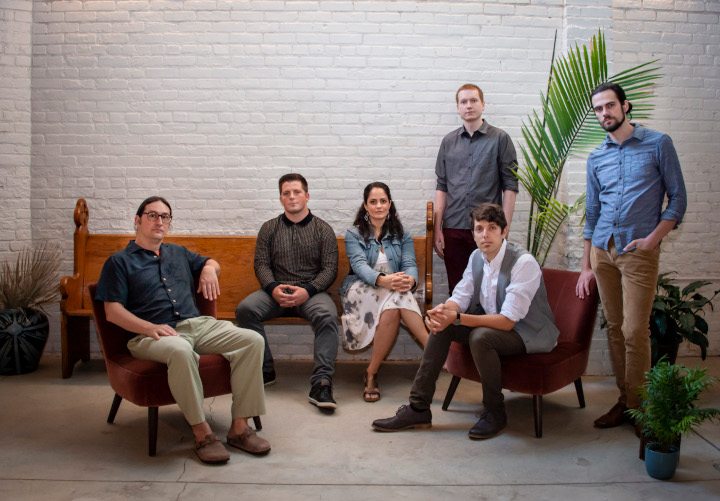 Drummer Anthony Taddeo finished his graduate degree from Youngstown State University in 2020, but he won’t hand in his final project until Friday night.

True, Le Tre Sorelle, the new CD by his band Alla Boara, wasn’t exactly a class assignment, and as capstone research projects go, this one is more joyous than the average academic paper. Yet the CD, which will be celebrated Friday at an album release party at Bop Stop, is the culmination of a long period of study, research, writing and interrogation into Taddeo’s Italian roots. 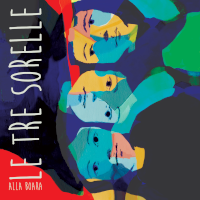 For the recording and the Bop Stop gig, Taddeo has gathered some of the most accomplished musicians on the scene: Dan Bruce on guitar, accordionist Clay Colley, Ian Kinnaman on bass, trumpeter Tommy Lehman and vocalist Amanda Powell, the I-can-sing-anything vocalist who might be the band’s secret weapon.

The seeds of the project were planted more than a decade ago when Taddeo, then a student at New York’s New School for Social Research, came across a collection of field recordings made in 1954 by the folklorist Alan Lomax in the Italian hinterlands.

“It blew my mind,” Taddeo said over espresso at a West Side café. “For the first time, I felt a musical connection to my heritage. I’ve always loved the food and the culture–you connect easily to that–but I never felt a deep connection to the music of Italy.” 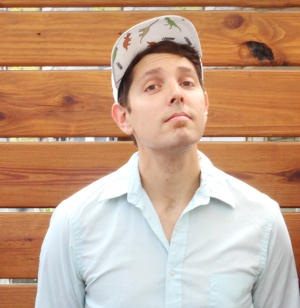 That connection would be enhanced in 2014 when the Brunswick-born Taddeo and his wife Hannah left the New York fast lane and spent three months in Italy before returning to Cleveland. There he devoured Italian culture and learned to speak the language. He also studied the tamborello, a small hand drum that that is the rhythmic motor for the tarantella dance.

But it wasn’t until returning to school that these experiences all came together. Returning to Lomax’s field recordings Taddeo wrote a song incorporating the folk music. “I thought that would be the end,” Taddeo said. “Then I showed it to [his teacher, bassist] Dave Morgan and he’s like, ‘This is very cool. You should really consider what it would look like to make this into a group.’”

Taddeo was dubious until YSU created an ensemble for him to basically workshop the music twice a week for a year and a half. Alla Boara was born. 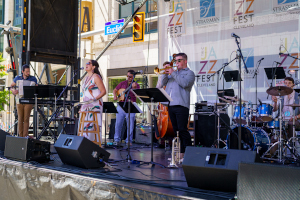 Today the band, with occasionally rotating lineups and personnel, charms audiences at concerts, clubs and for ethnic organizations throughout the area. And the fun extends to the bandstand.

“One of the reasons I love Alla Boara is because it’s like being with all these brothers,” Powell told me in a video call. “It takes me back to my high school days of going on the road with the show choir as the keyboardist and hanging out with my guys in the band.”

Powell met Taddeo shortly after he moved back to Cleveland in 2014 when she was rehearsing with the Cleveland Jazz Orchestra. “I told him that I do folk music and jazz and classical music and he said he didn’t know there was anybody in Cleveland doing that,” she said. “We became friends, and I would hire him on my jazz gigs when I needed a drummer. And then at some point, we needed a crossover percussionist for Apollo’s Fire, and he played world-music percussion with us.”

In Alla Boara, Taddeo is at the drum kit, occasionally taking up the tamborello and other small instruments, including the mouth harp, an Italian folk instrument with a memorable timbre. But if the band has an Italian heart, it has a modern-jazz mind that incorporates advanced harmonies, high-wire soloing and complex structures.

Yet like the stitching under an exquisitely fashioned garment from a Milanese designer, these essential elements never call attention to themselves. Alla Boara’s music has an effortless charm and beauty that recalls the very Italian concept of “la bella figura,” the sense of effortless sophistication and style that is all but unavoidable in Italy.

This is finely wrought music that is nonetheless comprehensible to all kinds of audiences-exactly what Taddeo had in mind. “You got to have accessibility for the audience, but I also want it to be really fun to play for us.”

I asked the effervescent, baby-faced Taddeo if he is the only Italian in the band. “Yes, though Amanda is like 10-percent Sardinian or something, but Clay texted me the other day and said, ‘I think I’m Italian by default just by being in this group.’ I was like, Hell yeah, you are! So they’re feeling it, you know? They’re feeling it.”

Alla Boara, Friday, Oct. 23, 7 p.m., at Bop Stop, 2920 Detroit Ave., Cleveland. $20 available here. $20 each. Student tickets for $10 available at the door only. The concert will be livestreamed at Bop Stop’s Facebook page. Viewing the stream is free but donations to the band and the venue are appreciated and can be made here.

The final October BrownBag concert at Trinity Cathedral features vocalist Palmer fronting a roaring big band. Make a date at the cathedral for what promises to be a very hot lunch.

He might not be Akron’s second-favorite son (now that the NBA season has begun, you know who that is) but he’s certainly the Rubber City’s favorite guitarist. Wilson is at home offering his signature mix of warm-toned sophistication and bluesy grit that will make you feel at home too.

The “little” in the band’s name shouldn’t be mistaken for a description of the band’s sound, which promises to be full-bodied and resonant in this Music from the Western Reserve-sponsored concert.

New York guitarist Kreisberg honed his chops with the late organ master Dr. Lonnie Smith. For his Bop Stop debut, he brings a sparkling quartet that includes Martin Bejerano, who long held the piano chair in the bands of non-pareil drummer Roy Haynes. Expect them to swing effortlessly.

For the most complete list of jazz and jazz-adjacent events in the area, Jim Szabo’s weekly Northeast Ohio jazz calendar is a must-read.