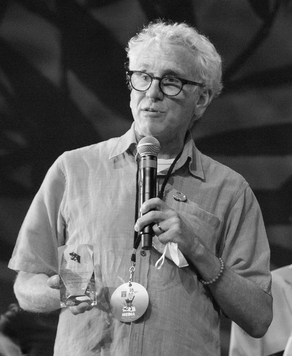 John Chacona is a freelance culture journalist, content creator, scriptwriter and broadcaster in Cleveland. For many years he was based in Erie, Pennsylvania, where he worked in marketing communications on both the client and agency sides.

Over his career, Chacona’s event previews, feature writing and criticism have been seen in the Erie Times-News and other regional Gannett newspapers and in the Chautauquan Daily, in Lake Erie LifeStyle, CODA, Signal to Noise and Erie & Chautauqua magazines and in online music journals AllAboutJazz.com and PostGenre. He was a host on WQLN-FM’s long-running All That Jazz program and was producer and host of After Hours. FOr several magical years, Chacona was onstage host at Erie’s Blues & Jazz Festival, the best gig imaginable.

He can be reached at john@johnchacona.com.