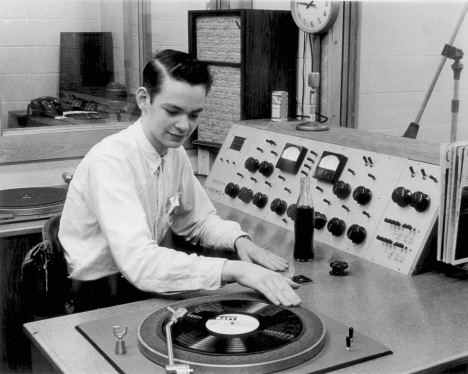 I’m a baseball fan, but there was a time when I almost deserted my natural pastime. It was the annis horribilis of 1994 when a work stoppage canceled the World Series. It was the culmination of many years of labor strife fundamentally caused by a deep mistrust between the owners and the Players Association, the union that represented the players. Frightened by the damage that this enmity had created, both to the owners’ gate receipts and to the players incomes and endorsement deals, the two sides have worked together, warily at times, to ensure the health of the game.

And everyone has won. Baseball’s revenue numbers are at historic highs, as are player contracts.

I’m reminded of this by the recent announcement that WQLN-FM will broadcast portions of Erie Philharmonic on the second Wednesday of each month during the 11:00 hour of the “Classics with Wally Faas” program.

At one time, the Philharmonic was a staple of the WQLN schedule. But labor strife intervened. I wasn’t party to it, of course, but it probably went something like this:

MUSICIANS: Our contract treats radio broadcasts as a performance for which we should get paid.

MANAGEMENT: We don’t make any money on the broadcasts. Where will we get the money to pay you?

Both sides were right, but like the baseball example, neither side trusted the other enough to compromise. The Phil lost a valuable marketing vehicle, the players lost some extra income (to which they were contractually entitled), WQLN lost a piece of prestige programming and local music lovers . . . well, we just lost. Period.

So it’s heartening that some agreement was finally reached, and the proof is in the listening.

The inaugural broadcast on March 3 featured a performance of Griegâ€™s Piano Concerto with soloist Antonio Pompa-Baldi from the concert that opened the Phil’s 2008 season. Listening to the broadcast, my first thought was, “Gee, why can’t we have an orchestra like that in Erie?” That’s how solid this performance sounded. Overexposure has worn away what affection I might have had for the Grieg, but I have to say that the old warhorse sounded fit and frisky in the hands of Pompa-Baldi, Daniel Meyer and the Phil. What possible harm could come from hearing this?

And it was a nice touch to include an interview with the Warner Theatre recording team of Tom McLaren and Dan Sullivan (my old program director and engineer from the “All That Jazz” days at the Q) telling war stories about capturing the Phil live in the old house.

Future broadcasts will include Turina’s “OraciÃ³n del torero,” Op. 34 on April 14 (a performance I recall as being short and effective), the deathless “Carmina Burana” on May 12 a “Carmen Suite” to end the season on June 9.

Will listeners on the air translate into fannies in the seats? That is the million-dollar question, and we won’t know the answer for a while. Still, like the chicken soup remedy for a cold, it may not help, but it can’t hurt either.